City Living by the Stream

The development is bordered by the Castle Mill and Wareham streams. It comprises a 650sqm retail and restaurant unit with street and waterside frontage with 2,500sqm of offices above on three floors forming a bridge over the stream which was diverted to create the development area. Included in the development was the design and installation of 3 pedestrian footbridges over the streams.

The island between the two streams is occupied by 36 one and two bedroom high specification, privately owned flats. To the rear of the site, on the St. Thomas’ Street frontage are 19 units of affordable housing set around a courtyard garden and 46 student rooms with a first floor outdoor terrace above a parking area for the private apartments.

The development as a whole utilised modern and highly efficient environmentally sound products, such as wood fibre insulation and over-cladding, as well as modern prefabricated elements to make the buildings as efficient and sustainable as possible. 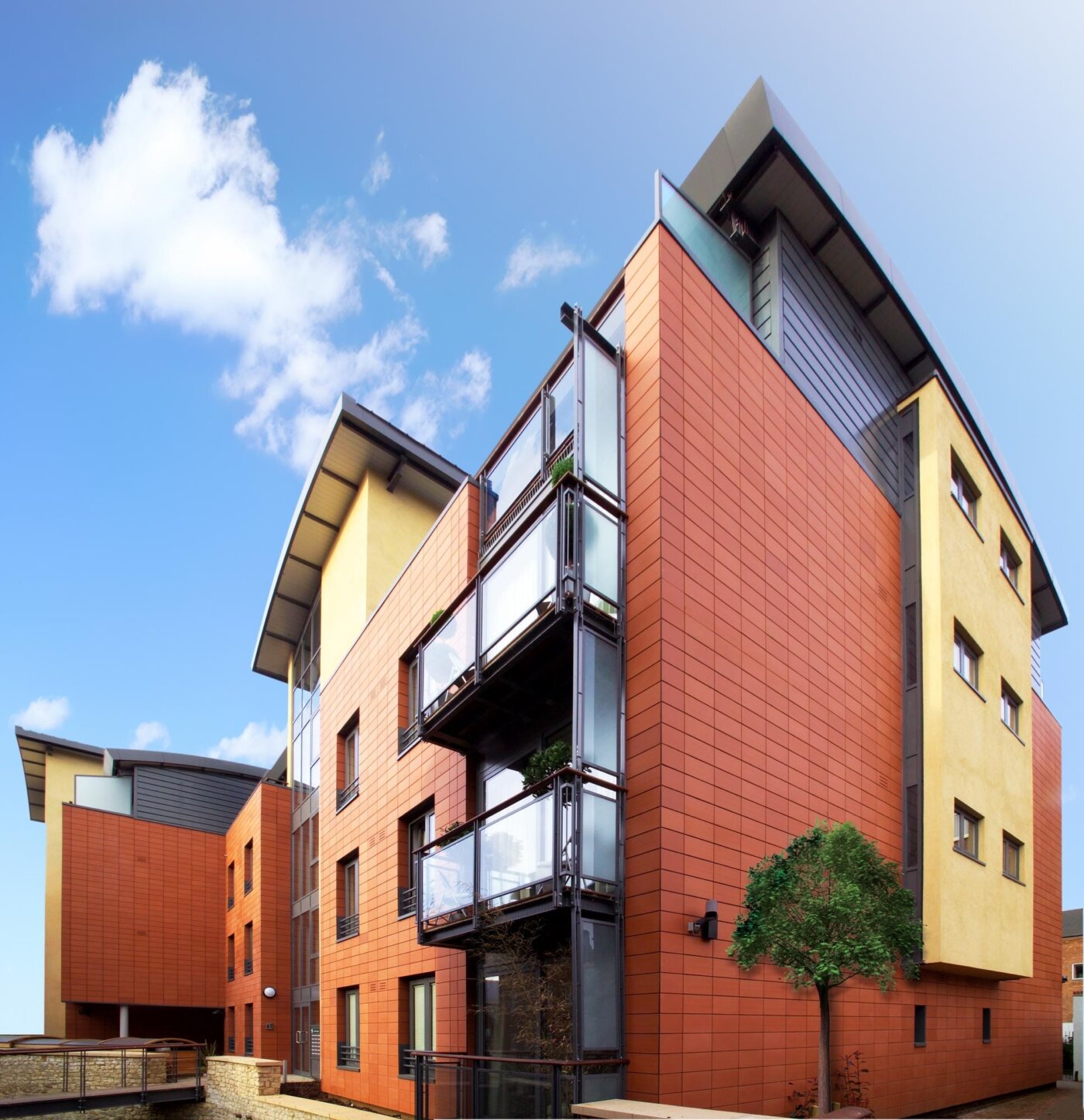 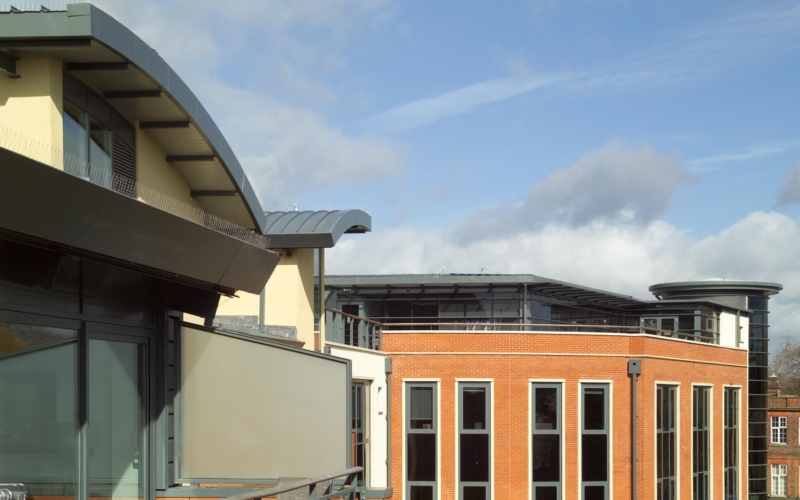 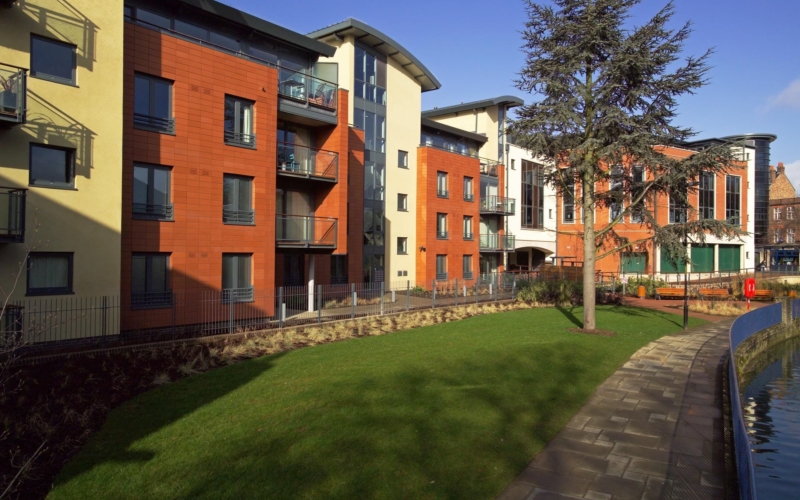 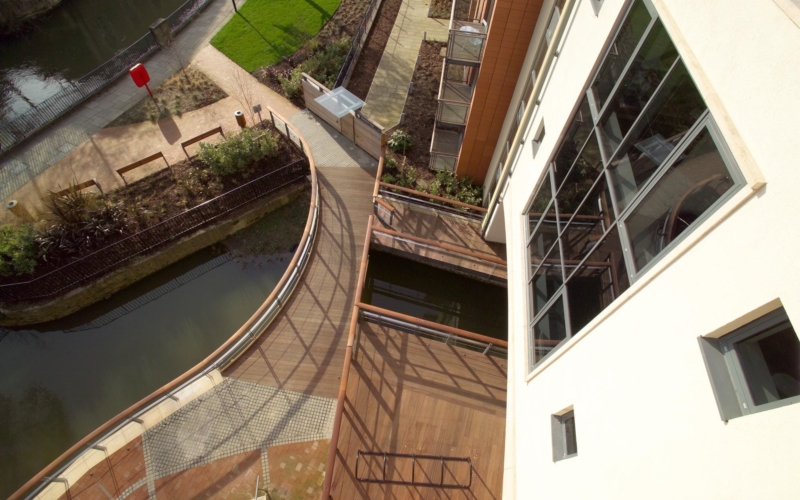 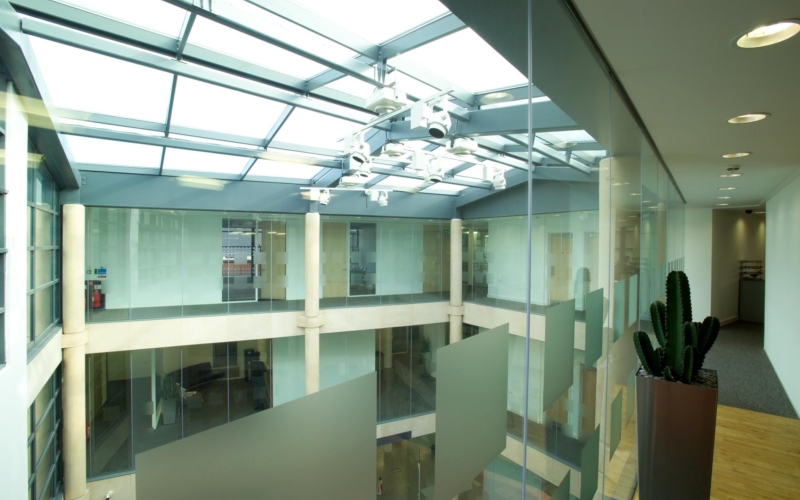 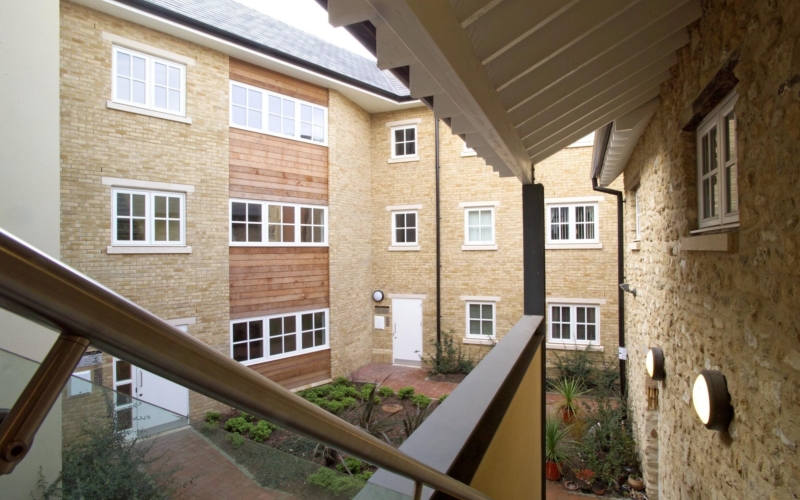 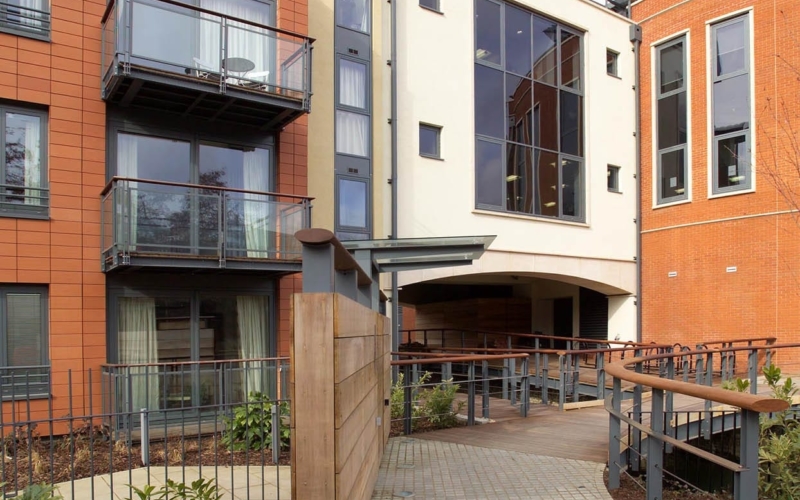 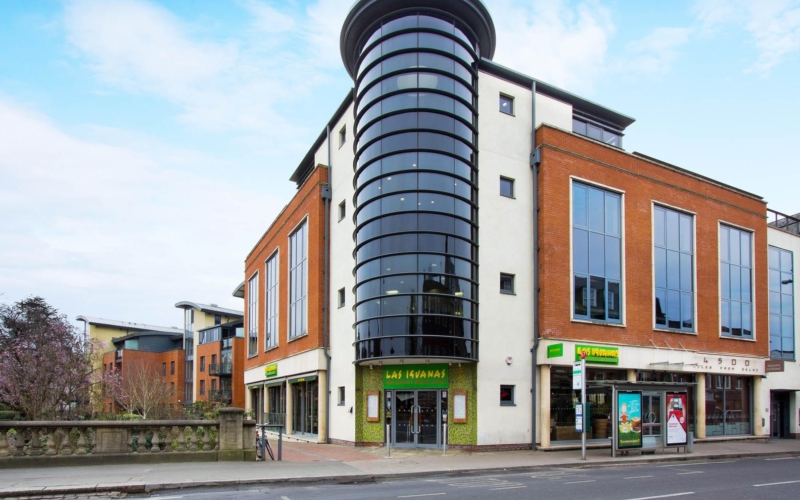 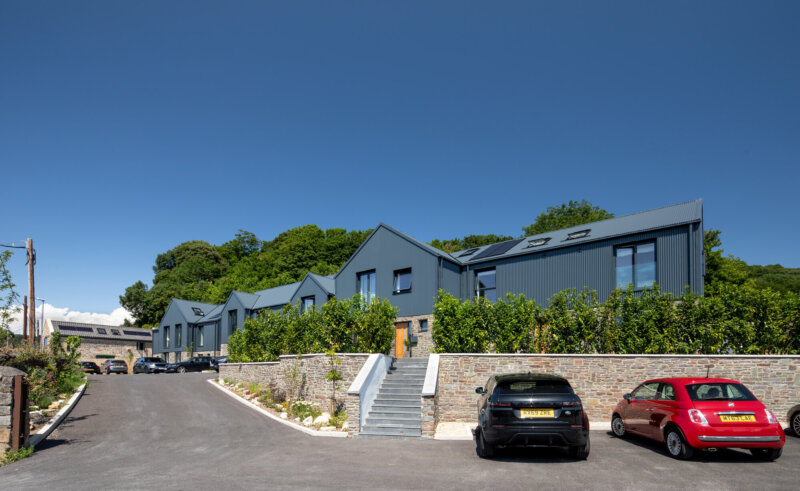 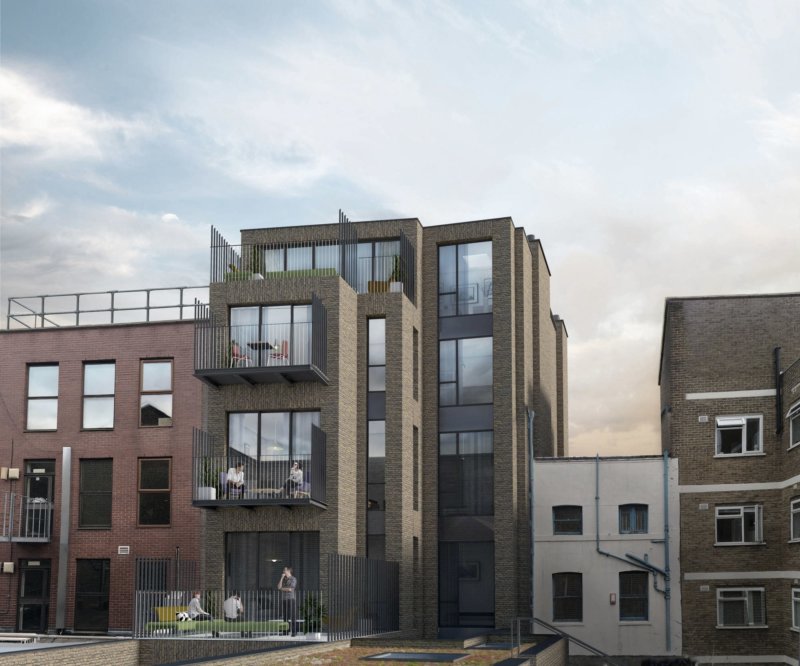