The project involved the reorganisation and expansion of the ground, first and second floors, primarily to increase the quality of learning space but also the amount of light and volume in the central circulation spine which had a poor proportion of height to width and a deep plan.

Oxford Architects opened up the floor to allow for greater sightlines providing social learning spaces and an increase in the provision of IT facilities, including self issue terminals, pc workstations, assistive technology and social networking. The onsite café facility was brought into a more prominent position in the library along with an increased provision for Short Loans.

Works to the first and second floors included removing the existing flooring throughout both floors and replacing with a new high performance carpet tile system, removing the existing small offices and providing new large open plan offices and dedicated meeting and group study rooms for staff and students. New AV rooms were also provided on the second floor, along with new bespoke OPAC benching on each floor. 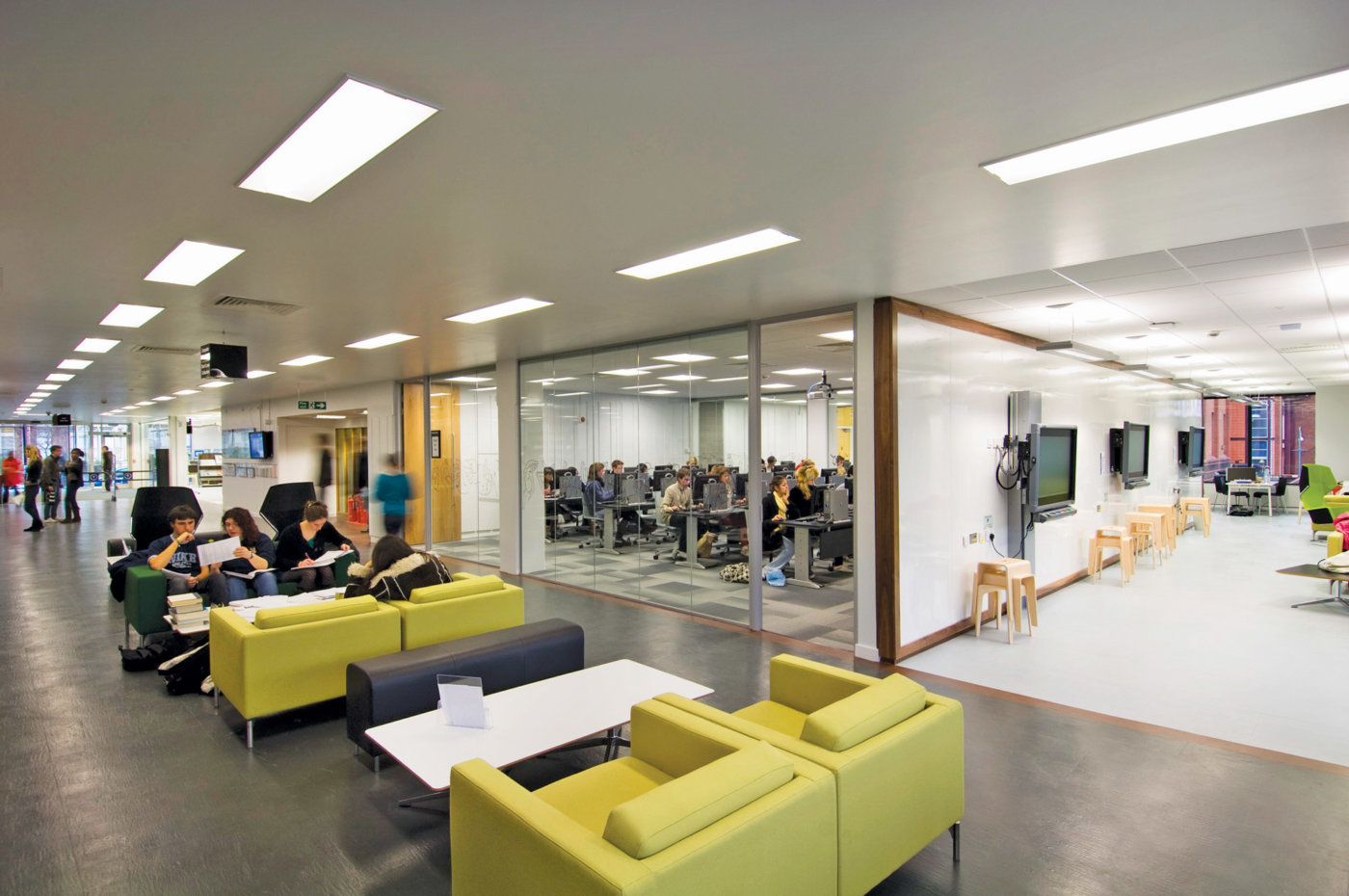 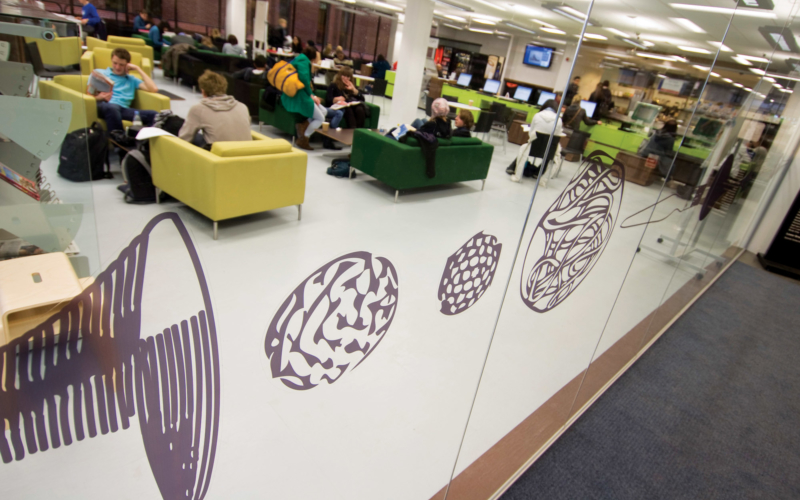 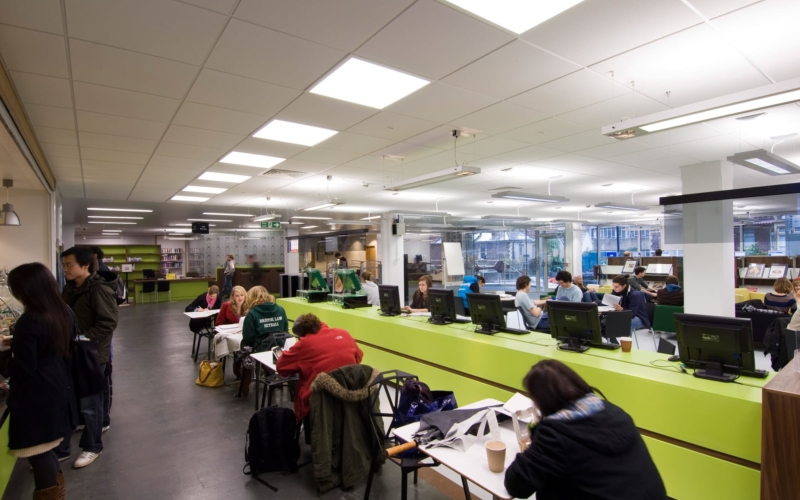 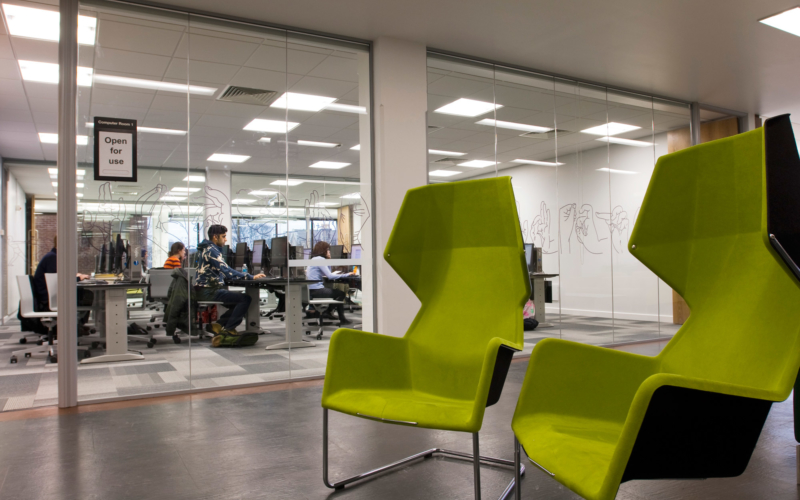 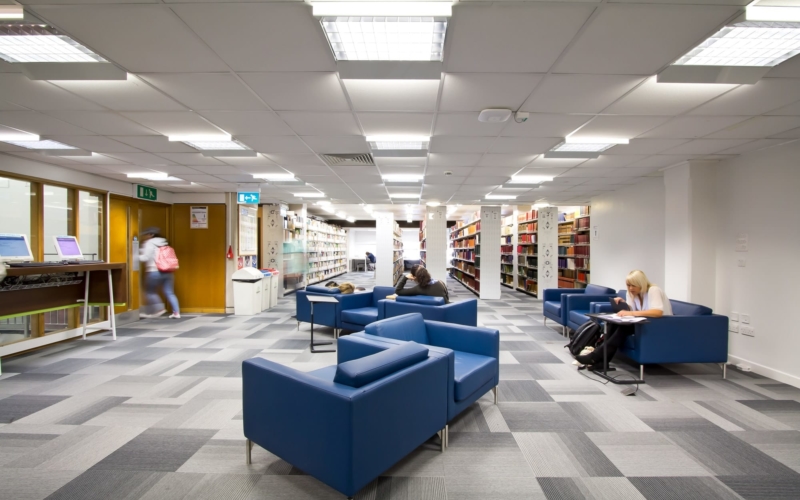 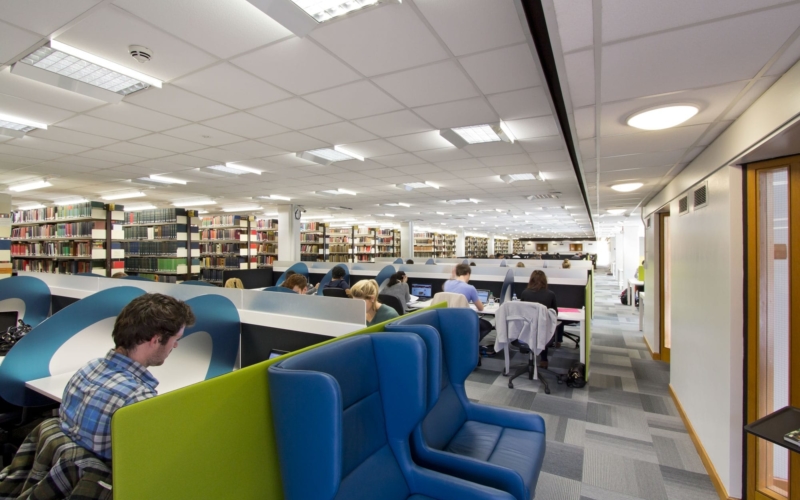 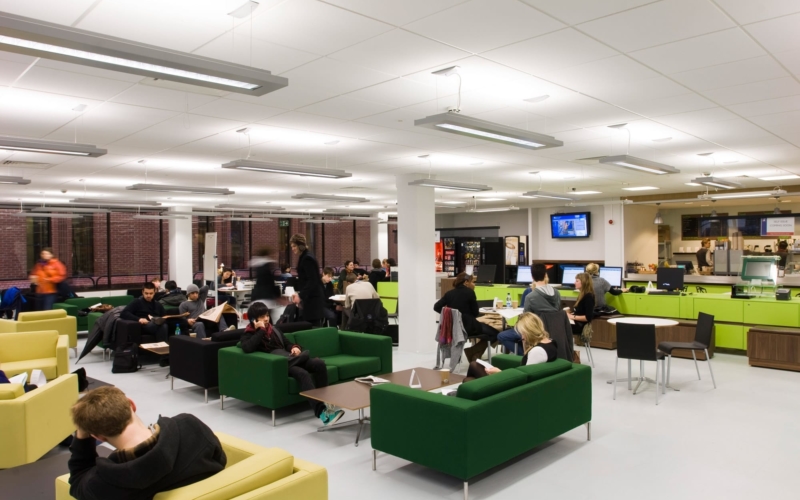 Phoenix from the Ashes