The recently completed Yorkshire Air Ambulance Facility in Wakefield has received a Royal visitor as part of its official opening.

The Duke of York was given a guided tour and hosted a drinks reception before officially opening the new facility.
Oxford Architect's played a key role in converting an existing derelict building and making it fit for purpose with a new helicopter hanger and helipad, associated control rooms, offices and sleeping accommodation. 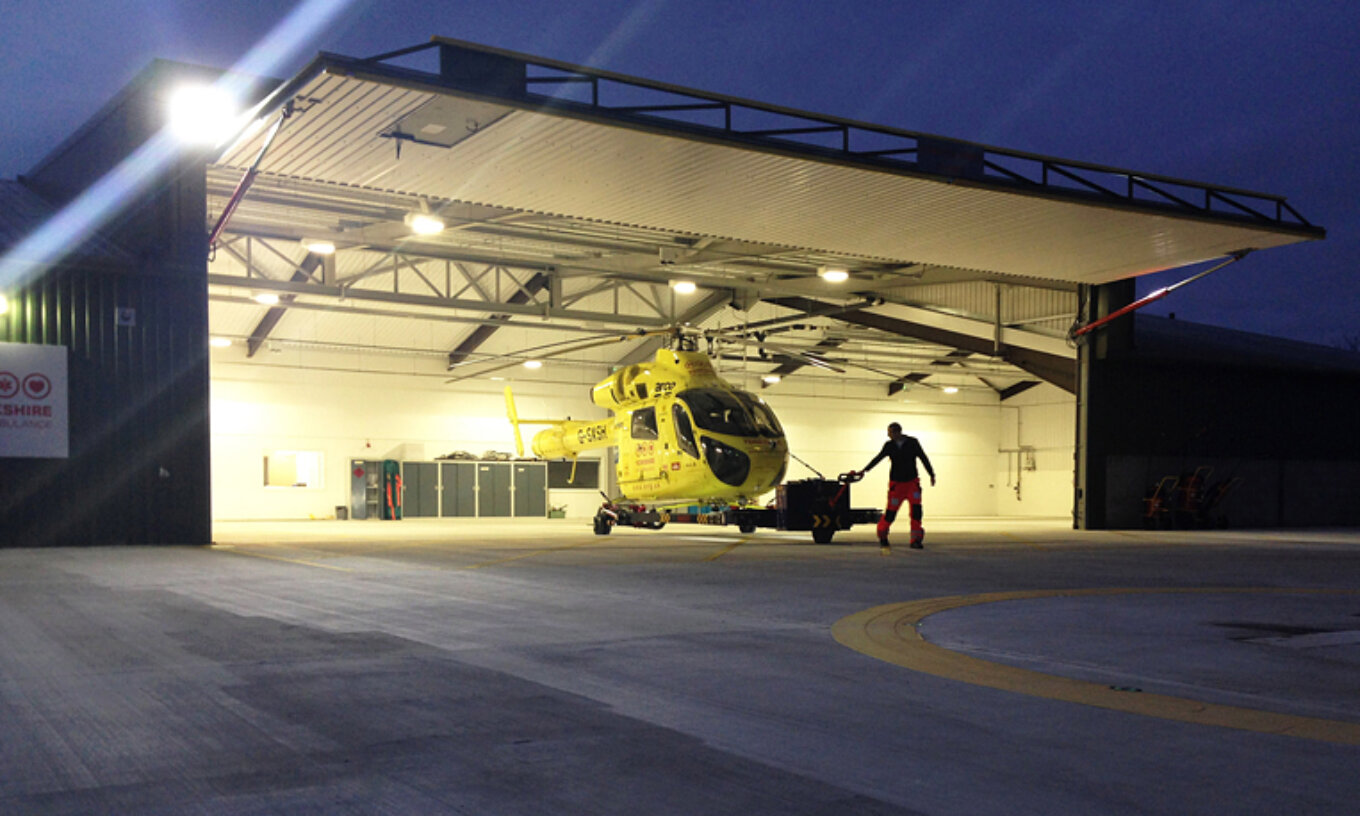